It’s a hard drive across west Texas with the sun in my eyes.  Visor permanently down.  One hundred miles straight shot, no services.  Moving across the flats of far west Texas toward El Paso, cell coverage drops and I’m counting the miles to what I hope will bring gas in the next forty.  Air conditioning full blast.

Fifty-one miles north of El Paso, on the edge of the Chihuahuan Desert, sits the city of Las Cruces, New Mexico. Encircled by steep granite and rhyolite slopes, snug in the arms of Organ Mountains-Desert Peaks National Monument.

Designated a National Monument in 2014 and managed by the BLM (Bureau of Land Management), at just under 500,000 acres the monument encompasses five ranges:  Organ Mountains, Dona Ana Mountains, Sierra del las Uvas, Robledo Mountains, and the Potrillo Mountains. This is a land including 22 miles of the famous Butterfield Stagecoach route, Billy the Kids outlaw rock, Geronimo’s cave, over 200 known petroglyph sites, and at least forty miles of equestrian trails.

At 9am it’s already hot.  The sun peeks through the window of these mountains, slowly replaced by a low wisp of clouds.  Birds chirp in run-on sentences, greeting the day in response.

On the east side of Las Cruces, in the Organ Mountains, there is a six-mile pass through the range connecting Aguirre Springs to Baylor Canyon Road. Named for Confederate Lieutenant Colonel John Robert Baylor, who in the summer of 1861 during the American Civil War, led a Texas mounted Volunteer regiment to victory over a numerically superior Union force.

Riding Baylor pass from the west, large mounds of yucca lie strewn across the ground like giant green pom poms after a celebratory football game. We stop to graze occasionally on the sweet desert grass, abundant here.  A view of Las Cruces below, once a small town now a semi-sprawling city.

The trail is sandy, yet rocky, and as we climb stones mature into boulders.  Our steps now more deliberate and exact.  Snaking through a weave of rock and yucca, around an old gatepost and up into the foothills.  A fence of determination, weathering the inherent persistence of this desert.

Once a shallow tropical sea, this land is now fierce . Pieced together over time by volcanic eruptions. Leaving an amalgamation of intrusive and extrusive volcanic rocks. Walking, or riding, is a constant dance of entanglement.

But, what is empty to one is whole to another. This desert can change you.  Away from everyday life, away from the things I take for granted.  I return to a state of myself.  Solitude and nurture fill me. Protected yet free.  Building confidence and balance with each mile, with each challenge.

There is more here for us…. and for you. 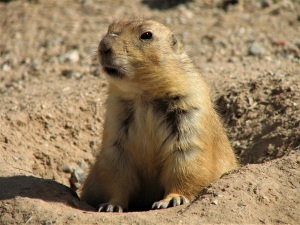